European long distance champion and PTO world number 12 Joe Skipper has stepped up to race the Pho3nix Sub7 Project, Powered by Zwift in place of Alistair Brownlee who has been ruled out due to injury. The audacious attempt to race the full distance of triathlon in under seven hours is set for the 5th of June 2022 at the DEKRA Lausitzring in Senftenberg, Germany. Skipper will take his shot at making history against reigning Olympic and world champion Kristian Blummenfelt.

The second-fastest British ironman of all time was initially invited to pace Brownlee. Skipper’s bout with COVID-19 in April put that on hold and saw him withdraw from the Ironman World Championships in St. George. But now deep in a training block targeting Ironman Nice at the end of the month, Skipper was offered the opportunity not just to pace, but to race.

He is targeting a finish time of 6 hours and 46 minutes off the back of a 49-minute swim across 3.8 km, 3:20 bike ride over 180 km, and a 2:37 marathon. Skipper has retained the bike pacemaker team assembled by Brownlee led by Alex Dowsett fresh off riding in the Giro d’Italia. He has brought in short-course triathletes Max Stapley and Gordon Benson to pace him on the swim, who will also keep him company alongside German national marathon champion Frank Schauer on the marathon in this heroic effort.

Given the short timetable for a turnaround, it speaks to his caliber and confidence as an athlete that he’s so quickly assumed this role.

Skipper says, “It was completely unexpected really. I just thought it was a good opportunity. I would like to give it a crack. I’ve got nothing to lose.”

He joins fellow Mana-managed athlete and vice world champion Kat Matthews on the start line as she attempts to beat eight hours over the full distance versus the Olympic gold and silver medalist Nicola Spirig.

Follow all the action leading up to the race and stream it live on sub7sub8.com.

Four-time world champion, Paralympic silver medallist and MANA athlete Lauren Parker has been selected as one of 15 athletes to represent Australia at the 2022 UCI Para-cycling Road World Championships in August, the nation’s first outing at the event since 2019. With...

END_OF_DOCUMENT_TOKEN_TO_BE_REPLACED

There is no greater challenge than chasing a record that people say is impossible, nor more rewarding when it is achieved. Those who dared proved the doubters wrong. Four of the world’s greatest athletes have Defied the Impossible and set a new standard in human...

END_OF_DOCUMENT_TOKEN_TO_BE_REPLACED 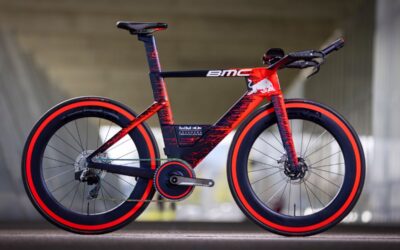 BMC brings the bike speed to Sub7 and Sub8

Mana Global and the Pho3nix Foundation today are pleased to announce a partnership with BMC Switzerland for the Pho3nix Sub7 and Sub8 Project, Powered By Zwift. BMC comes aboard as the bike category partner and cycling course naming rights partner for the audacious...